Explore Places as You Go Cycling In India | Hero Lectro

Explore Places As You Go Cycling In India 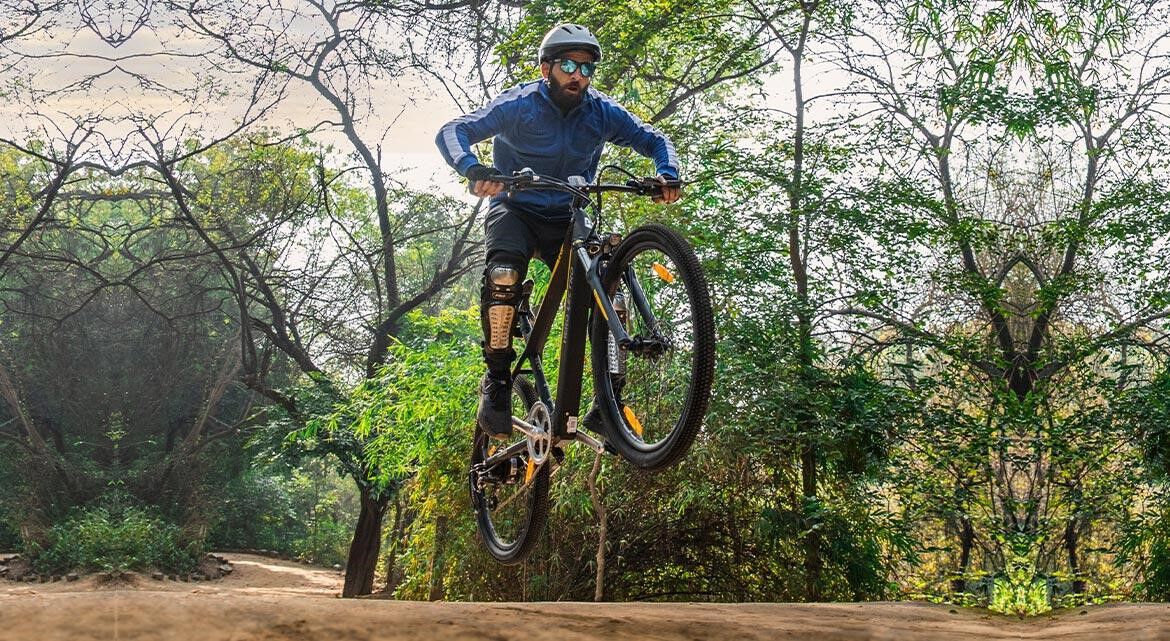 Halloween, celebrated on 31st October of every year, is among the oldest traditions in the world as it touches on an essential element of the human condition: the relationship between the living and the dead. The observance evolved from ancient rituals marking the transition from summer to winter, thereby associating it with transformation. Halloween’s a good way to have fun scaring ourselves. Even just a little bit, as the nights get longer and the days get colder.

Whilst talking about transformation, cycling in a lot of ways can help us transform and also offer a wealth of benefits. Cycling is fun to dash down the road or enjoy managing the bike on the forest trails. But what you can’t see, is the beneficial process that already got underway deep in your body. You become more confident, and your self-esteem grows. Focusing on the road or your cadence when cycling can help you develop concentration and awareness of the present moment. This may help take your focus away from the mental chatter of your day, which at times stands much needed in life.

So, this Halloween pack your bags, get on your cycles and ride down to some of the most haunted places in India. Make it your turn to scare the monsters away and explore!

Read this: How an E-cycle is a Blessing

Most Haunted Places to Go Cycling in India

Bhangarh Fort is an uninhabited town in Rajasthan and is considered to be one of the scariest places imaginable and is unanimously considered one of India’s most haunted places.

It is considered to be so haunted that even the Archaeological Survey of India has legally prohibited anyone from entering the fort after dark.

Nearby locals believe that anyone who goes into the fort after dark won’t make it back, so visit at your peril.

It is one such place where paranormal activities are always active despite what time of the year it is.

Often compared to Beauty and the Beast, Kurseong’s beauty has enough ghost stories too. The Death Road which lies between Dow Hill Road and Forest Office is the hotspot. People have seen a headless ghost of a young boy walking and disappearing into the forest. While some have seen a red pair of red eyes staring at them from the forest, others have seen the ghost of a woman in grey.

As much of an oxymoron as it may sound, this is true!

Once two kings entered into The Three Kings Church in Goa for a battle but unfortunately both the kings were killed by a rival who wanted to rule the kingdom himself. Because of public outrage, he poisoned himself and died. The church is haunted by the spirit of these kings and locals report hearing strange noises and screams from this abandoned church as well as experience a strange ominous presence around the church.

The Cantonment area of Delhi is believed to be haunted as a woman dressed in white is seen often asking for rides from people on motorcycles and then suddenly disappears. So, whenever you happen to visit the Cantonment Area of Delhi just gear up and keep moving!

Bangalore is not just the Silicon Valley of India, it also has its share of mysterious and scary places! The major one being Terra Vera House. The story behind this place being haunted is that the Terra Vera mansion belonged to EJ Vaj and his daughters: Dolce and Vera. It is said that Dolce was stabbed to death and buried in the same house and Vera moved out soon after the accident.

Neighbouring regions started to see and hear ghostly noises and even heard the piano playing from inside the house. The ghostbusters found headless statues of Jesus and Mary and an inverted cross in the house.

Probably the most visited place in Hyderabad, Ramoji Film City is a big ticket draw for ghost hunters and ghost lovers.

This place is said to be haunted by notorious ghosts of dead soldiers.

Stuntmen get injured in freak accidents, lights go off suddenly, mirrors get marked and equipment is destroyed regularly. Women seem to be particularly susceptible and have had their clothes torn by invisible forces and gotten locked in rooms.   This film city is built on the war grounds of Nizams and if locals are to be believed then this place is haunted big time!

The Cantonment area of Delhi is believed to be haunted as a woman dressed in white is seen often asking for rides from people on motorcycles and then suddenly disappears. So, whenever you happen to visit the Cantonment Area of Delhi just gear up and keep moving!

Various Ways to Select and Utilize A Cycle Tool Kit

Various Ways to Select and Utilize A Cycle Tool Kit

E-Bike Buying Guide : All You Need To Know Before Making The Electric Switch

E-Bike Buying Guide : All You Need To Know Before Making The Electric Switch 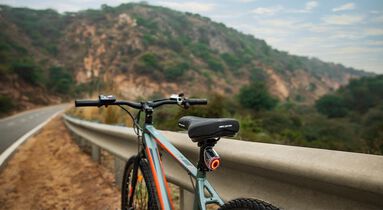